CamperScanner finds you the very best deals on campervan hire in Frankfurt.

If you're planning a campervan tour of Germany or Europe, chance are the you'll be including the wonderful city of Frankfurt in your itinerary. Whether you're starting or ending your motorhome travels in Frankfurt, or just passing through, you'll find plenty of useful information here about Frankfurt for campervan travellers. Enjoy!

If you want to get to know the real Germany, Frankfurt should be at the top of your list. The city is particularly known for its architecture, and you should plan to take a walking tour to discover its historic landmarks and unearth its hidden secrets.

Like Berlin and Düsseldorf, it has more than its fair share of museums and an active nightlife. Here, food and drink are practically a religious experience, and bratwurst and apple wine are given special reverence.

Shopping for clothes? Frankfurt’s Zeil, affectionately referred to as the “Fifth Avenue of Germany”, has some of the best shopping that Germany has to offer.

Stroll the pedestrian-friendly Zeil and over its mile-length you will discover a seemingly-endless number of department and specialty stores.

Large stores include Galeria Kaufhof (visit the rooftop for the view and something to eat), H&M, Deichmann and Douglas (Europe’s largest beauty store). Zeilgalerie is a 10-story mall with over 50 shops and restaurants and also offers rooftop restaurants and a spectacular view over the city.

When you’re done with shopping, take a wander through Frankfurt’s beautiful Palmengarten botanic garden and you’ll see plants from all over the world. It’s the largest garden of its kind in Germany, its greenhouses containing over 6,000 plant varieties.

Head to Frankfurt’s Museum of Modern Art (Museum für Moderne Kunst, or MMK) for nearly 40 rooms and over 5,000 works of international contemporary art (from the 1960s to the present). Inside the interestingly-shaped building that locals affectionately call the “piece of cake”, the city’s youngest museum includes works by Francis Bacon, Roy Lichtenstein and Andy Warhol.

Frankfurt’s Goethe House Museum celebrates the life and achievements of Germany’s most famous author and poet, Johann Wolfgang von Goethe. This 18th Century building was the Goethe family home, and it is here that the young writer first began work on his poetic adaptation of the Faust legend.

Many companies offer sightseeing cruises of Frankfurt’s Main River and they’re worth taking for incomparable views of the city. Panoramic cruises will show you the highlights in about an hour, or you can take a leisurely 3-4 hour trip in the evening, with food and drinks.

No matter what gets you excited about travelling in a new country, Frankfurt will do nothing but thrill you. This is an ideal campervan destination, so get packing — Frankfurt is waiting to impress you.

How far are campervan depots from Frankfurt airport?

There are a number of campervan rental companies to choose from so you can anticipate a great selection and high-quality vehicles.

McRent and Pure Motorhomes operate at the same facility, 40 minutes by car from the airport. You can either make your own way in a taxi or use their shuttle transfer service (book ahead for the shuttle, though, and expect to pay 75€ for up to three people, or 95€ for four-six people).

Big Sky doesn’t have a physical branch in Frankfurt but will meet you with your vehicle at the airport, and you can organise pick-up and drop off times when you book your campervan.

Compass Campers and DRM Germany operate from the same depot in Frankfurt, 4.5 kilometres from the airport or about 10 minutes by taxi. 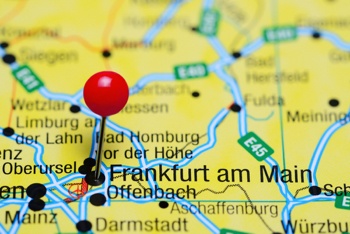 When are the best times to visit Frankfurt?

Frankfurt hosts some very large trade fairs and exhibitions and during large events such as the Book Show and Auto Show the city gets very crowded. Check to see what’s going on at the time you plan to visit so you don’t have to deal with unnecessary crowds. Frankfurt‘s continental climate makes late spring (April to May) and early autumn (August to September) the best times to visit. Typical of almost everywhere in Germany, Frankfurt is freezing during the winter so pack appropriately.

Places to Visit in and around Frankfurt

Live it up with Some Live Music

Germany has an exciting music scene but Frankfurt is a standout. Blues lovers won’t want to miss the Sinkkasten; jazz fans the legendary der Frankfurter Jazzkeller (where greats like Louis Armstrong, Dizzy Gillespie, Chet Baker and Eddie Harris have played.

Most clubs and venues are clustered in the City Centre. However, it’s worth crossing the Main River to go to the Dreikönigskeller (Three King’s Cellar), a small live music club that can’t be pigeon-holed but has been entertaining visitors since the 80’s. 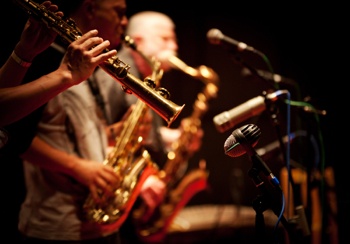 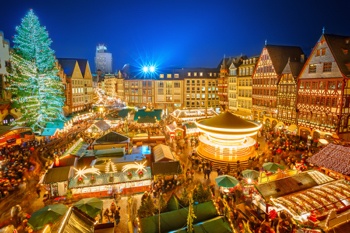 Especially at Christmas time, Old Town is where you will want to linger. Beat the winter chill with some hot mulled wine as you explore enchanting markets that look like they’re straight out of a children’s picture book.

Much of this area, now restored, was destroyed during the war but today you will find charming churches, museums, squares, and shops.

Frankfurt celebrates its rich historic roots and nowhere is this more evident than in the city’s buildings, many of them painstakingly restored after the war.

The medieval Römer has, since 1405, been Frankfurt’s city hall, a complex of nine houses and six courtyards with limited visitor access. You should, however, plan to see the famous Kaisersaal (Emperors' Hall).

Though today it is a venue for exhibitions and events, St. Paul’s Church (Paulskirche) began life as a Lutheran state church but was also at one time home to Frankfurt’s Parliament. For this reason it enjoys a very important place in Germany’s history... 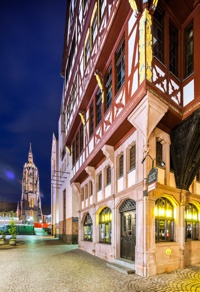 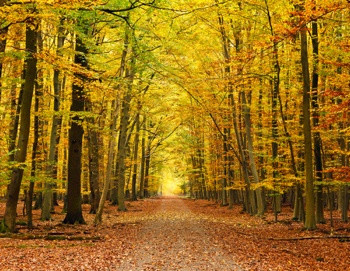 The beautiful and vast Frankfurt City Forest (Frankfurter Stadtwald) is, at 48 square kilometres, the largest forest within a city’s limits in all of Germany. Nature trails, ponds and playgrounds make this a favourite place for city locals, while its 450-kilometre network of paths attracts runners, cyclists and hikers. Bring a picnic lunch and you too can walk, hike, bike, run or just hang out.

9 Tips for Visitors to Frankfurt

What are the best ways to get around Frankfurt?

The best way to travel around Frankfurt is on the U-Bahn (which, despite the name, runs both underground and overground) as well as on trams and buses. Public transport is highly reliable, with price breaks on multi-day passes and group tickets. If you are visiting attractions and museums, then consider buying a Frankfurt Card which allows unlimited travel on Frankfurt’s public transport system and also gives you discounts on admission to many museums and city attractions. However, Frankfurt is a remarkably walkable city, so don’t be afraid to rely on your feet for getting around. 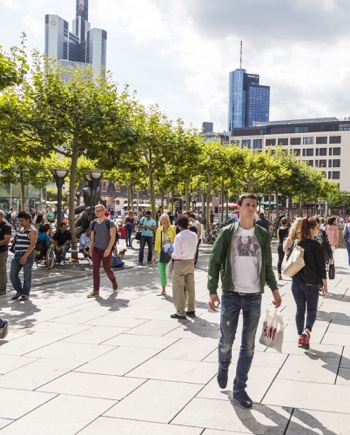 Where Can You Camp in Frankfurt?

City Camp Frankfurt is a large (24,000 square metres) campground in the heart of the city, conveniently located between Niddah and Ursel Creek. With restaurants and supermarkets nearby, the campground is open all year for motorhomes and campervans (except December 24-January 5). Book online here.

What Campervan Brands are Available in Frankfurt?

The Definitive Guide to Campervan Rental in Germany

Ensuring  your camper van tour of Germany is the very best...

Everything you need to know for a motorhome trip in Germany...